If the maps of 1868 and 1907 (as can be seen in Tonbridge Library, Avebury Avenue) are compared it can be seen that only on the later map (see below 1907 map), for example, Hilden Park, Church Road and Mount Pleasant appear, but with only few houses.

Nevertheless the Village was quite small at the beginning of the 20th century and dominated by large houses and land holdings which were split up around the time of The Great War.

It expanded before the Second World War and considerably post-war, especially in the late 1950s as did Tonbridge itself. Of recent years there has only been comparatively limited infill and building on the sites of the disused Hospitals and Schools. The countryside surrounding the built up area is part of the Metropolitan Green Belt. At one time a good part of the land grew hops but in recent years this has stopped and agricultural activity is generally at a low key.

There is a Conservation Area which includes parts of Mount Pleasant, Church Road and Tonbridge Road between Mount Pleasant and the 2* Listed Church. A map of the conservation area can also be seen in the tabs below. 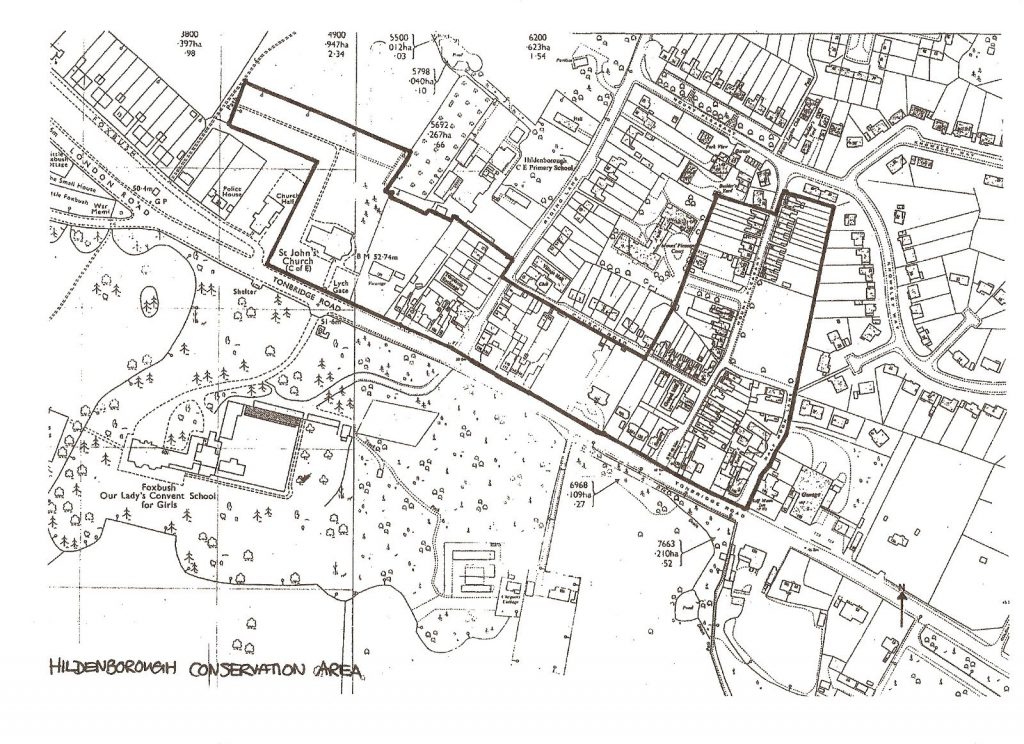 Parish Council Meeting will be held on Wednesday 9th February, 2022 at 7:30 PM

Meetings are now being held face-to-face. Please see the agenda for joining details.

This site uses cookies. By continuing to browse the site, you are agreeing to our use of cookies.

We may request cookies to be set on your device. We use cookies to let us know when you visit our websites, how you interact with us, to enrich your user experience, and to customize your relationship with our website.

Click on the different category headings to find out more. You can also change some of your preferences. Note that blocking some types of cookies may impact your experience on our websites and the services we are able to offer.

These cookies are strictly necessary to provide you with services available through our website and to use some of its features.

Because these cookies are strictly necessary to deliver the website, you cannot refuse them without impacting how our site functions. You can block or delete them by changing your browser settings and force blocking all cookies on this website.

These cookies collect information that is used either in aggregate form to help us understand how our website is being used or how effective our marketing campaigns are, or to help us customize our website and application for you in order to enhance your experience.

If you do not want that we track your visist to our site you can disable tracking in your browser here:

We also use different external services like Google Webfonts, Google Maps and external Video providers. Since these providers may collect personal data like your IP address we allow you to block them here. Please be aware that this might heavily reduce the functionality and appearance of our site. Changes will take effect once you reload the page.